Sorry! You missed The Music Man at Albert Goodman Theater 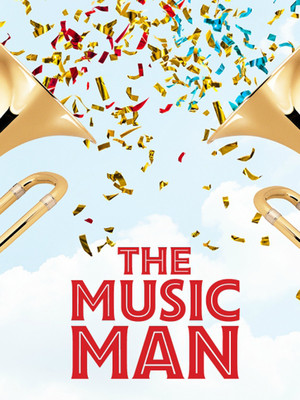 You pile up enough tomorrows, and you'll find you're left with nothing but a lot of empty yesterdays. I don't know about you, but I'd like to make today worth remembering.

Why See The Music Man?

It's time to play the music

When Harold Hill, a charming confidence trickster, arrives in River City, Iowa, he thinks he's got his latest scam, and the takings, in the bag. Little does he know, this reserved little town might just prove to be the last stop of his storied career! A delicious confection of humor, heart and community spirit, don't miss this glorious new production of the classic from The Goodman, directed by Mary Zimmerman.

A runaway Tony and Grammy-winning success in 1957, Meredith Wilson and Franklin Lacey's musical continues to be enduring popular with audiences today, what with its theme of love and redemption, cast of sunny characters and a score that has now passed into the American Musical Theatre canon. Included are the standards 'Goodnight Someone','Seventy-Six Trombones','Gary, Indiana', and 'Til There Was You' (which was even covered by The Beatles!)

Having made a living pitching marching bands (then disappearing when he gets the loot) to small towns across the Midwest, Harold Hill pitches up to River City with his usual scheme. Throwing himself into the act, he gets the whole town interested in his new project. But when the man who can't tell a trombone from a treble clef accidentally launches a new musical trend, he discovers leaving might not be so easy after all. Not only that, but skeptical librarian Marian has stamped his heart, marking his time to fall in love as overdue. Will he be able to make good on his hustle? Or is it time to stop running and settle down?

Two hours and 30 minutes with one intermission

Seen The Music Man? Loved it? Hated it?

Sound good to you? Share this page on social media and let your friends know about The Music Man at Albert Goodman Theater.