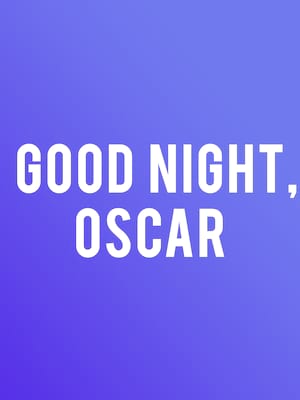 Good Night, Oscar explores the nexus of humor and heartbreak, the ever-dwindling distinction between exploitation and entertainment, and the high cost of baring one's soul for public consumption,

Best known for his career-defining performance in Hollywood classic An American in Paris, Levant held audiences in his thrall with a caustic sense of humor and subversive wit, which fuelled a dazzling career in radio, TV, film, music and stand up comedy. Good Night Oscar explores the blurred line between exploitation and entertainment during a historic episode of the Jack Paar Show in which the Levant was given a four-hour pass from a mental ward to attend.

Sound good to you? Share this page on social media and let your friends know about Good Night Oscar at Albert Goodman Theater.