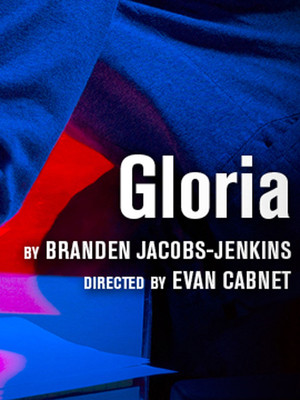 Gloria is to the New York publishing business what David Mamet's Speed-the-Plow is to the Hollywood film industry.

Move over, you Prada-wearing Devil. The cutthroat, glamorous enclave of the lowly editorial assistant is the main focus of this razor-sharp satire of the publishing world. Branden Jacobs-Jenkins' dark comedy first premiered in 2015 at New York's Vineyard Theatre to critical praise across the board and even won over those working in the city's hyper-competitive magazine industry. It's all-out war when a group of editorial assistants have to battle each other to put out the best story and secure their careers in the top flight!

What is it about?

A group of hyper-competitive and desperate editorial assistants are stuck in journalistic doldrums, enviously watching their superiors gain recognition for stories that they themselves helped to break. In between smiling sweetly at their competitors and twisting the knife behind their backs, a breaking story one morning sees the young go-getters go to the mattresses against each other, in order to break the story and secure a permanent role at the unnamed magazine as the next Big Thing. However, who is most worthy, and who is willing to do whatever it takes? It's time to place your bets and take over as the bitchiness amps up to a factor of 12!

Seen Gloria? Loved it? Hated it?

Sound good to you? Share this page on social media and let your friends know about Gloria at Albert Goodman Theater.