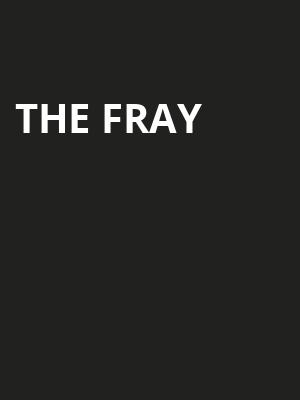 A foursome whose melodic pop-rock songs and soaring vocals resonate with sprawling tapestries and tales of hopefulness and heartache.

Why See The Fray?

how to start a band

By pitching their music somewhere between the arena-friendly style of U2 and the mature, piano-driven pop-rock sound of bands like the Counting Crows and Coldplay, the Fray have earned themselves a devout fan following around the world.

The band rose to global commercial prominence with their 2005 debut album which contained the single 'How to Save a Life', the follow-up to their national hit 'Over My Head (Cable Car).' The Denver-based band had formed just three years prior, when former schoolmates Isaac Slade (vocals, piano) and Joe King (guitar, vocals) unexpectedly bumped into each other at a local music store - the rest is pop-rock history.

Suitable for audiences of all ages

Sound good to you? Share this page on social media and let your friends know about The Fray at Genesee Theater.