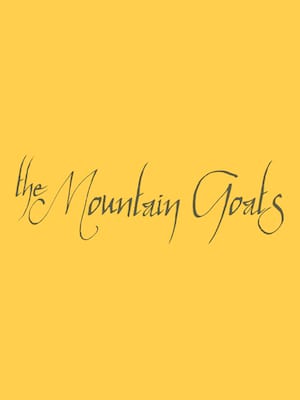 Why See The Mountain Goats?

Despite his pluralized moniker, John Darnielle remains the sole driving force of Californian indie pop-rock outfit The Mountain Goats. With an ever-evolving roster of live and recording musicians surrounding him, Darnielle revels in his goth-tinged melancholy, fusing a winning combination of wry insight and black humor in his lyrics (which earned him the accolade of 'America's best non-hip-hop artist' by the New Yorker) with lingering melodic hooks and satisfying songcraft. This year, Darnielle brings his spell-binding songwriting to venues across America once more.

Prolific to say the least, the enigmatic performer and longtime Dungeons & Dragons fan has also turned his talents to novel writing, having penned Wolf in White Van, a novel about a reclusive game designer, in 2014.

Seen The Mountain Goats? Loved it? Hated it?

Sound good to you? Share this page on social media and let your friends know about The Mountain Goats at Evanston Space.