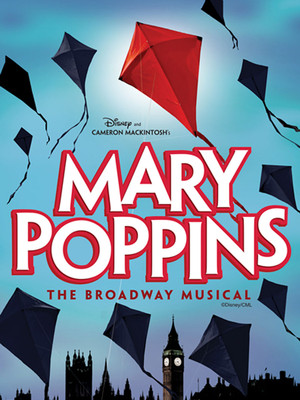 It is a roof-raising, toe-tapping, high-flying extravaganza

Pride of the Chicagoland theater scene, the Drury Lane theaters have been the chosen Broadway touring venue and influential champion of local productions for over six decades. Named after the historic Theatre Royal Drury Lane, the theaters have made their own history since opening in the late 50s with over 2,000 productions passing through their proscenium arches and season programming packed to the rafters with exciting new shows. Featuring a host of Tony Award Broadway blockbusters, their latest 2019/20 season continues with the high spirited musical spectacular Mary Poppins, directed by Broadway theatermaker Marcia Milgrom Dodge.

A collaboration between Disney and musical theater icon Cameron Mackintosh, the production first premiered on the West End in 2004, earning two Olivier Awards before making its Tony-winning Broadway bow in 2006. Marrying the Sherman brothers' music of the original Julie Andrew's-lead feature film with additional new songs, a kaleidoscopic set design and dazzling choreography, the tale of the titular magical nanny kicks off when the rebellious Banks children run away from home (although they were merely chasing a kite). Their exasperated father puts out an ad for a new, much more strict nanny than their last, but through a series of whimsical circumstances they're visited by Poppins, an umbrella-toting child carer with a few tricks up her sleeve to help heal a family in distress.

Sound good to you? Share this page on social media and let your friends know about Mary Poppins at Drury Lane Theatre Oakbrook Terrace.