Sorry! You missed And Then There Were None at Drury Lane Theatre Oakbrook Terrace 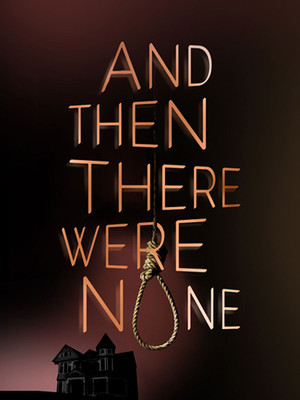 And Then There Were None

Christie's skill as a storyteller is so great that with each re-read you still get drawn to the characters and never quite catch sight of the stagehand.

Why See And Then There Were None?

Pride of the Chicagoland theater scene, the Drury Lane theaters have been the chosen Broadway touring venue and influential champion of local productions for over six decades. Named after the historic Theatre Royal Drury Lane, the theaters have made their own history since opening in the late 50s with over 2,000 productions passing through their proscenium arches and season programming packed to the rafters with exciting new shows. Featuring a host of Tony Award Broadway blockbusters, their latest 2019/20 season continues with the classic Agatha Christie whodunnit 'And Then There Were None', helmed by Drury Lane's very own Artistic Director William Osetek.

Perhaps the best-known detective novel ever written, the murder mystery at the heart of this production has enjoyed numerous stage and screen adaptations since it was first published in 1939. Its riveting story chronicles the meeting of 10 strangers, who seemingly have nothing in common, on a hidden away island off the coast of Devon. Invited there by a host called U.N. Owen, the party is horrified to find they are each accused of hiding a guilty secret. When people start dying under mysterious circumstances, the group finds themselves in a race agaisnt the clock to unravel the mystery behind their summoning amidst growing suspicion and paranoia.

We saw the 8/17 evening performance and enjoyed it immensely, I thought... more

Left at intermission with a surprising number of other attendees. more

Sound good to you? Share this page on social media and let your friends know about And Then There Were None at Drury Lane Theatre Oakbrook Terrace.