Sorry! You missed An American In Paris at Drury Lane Theatre Oakbrook Terrace 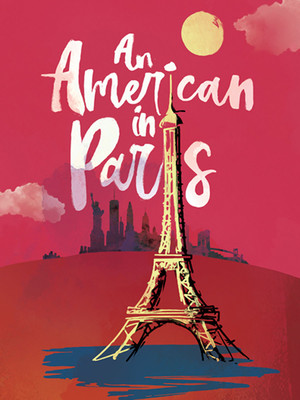 An American In Paris

This gorgeously danced - and just plain gorgeous - production pays loving tribute to the 1951 movie, to the marriage of music and movement, and to cherished notions about romance

Why See An American In Paris?

Pride of the Chicagoland theater scene, the Drury Lane theaters have been the chosen Broadway touring venue and influential champion of local productions for over six decades. Named after the historic Theatre Royal Drury Lane, the theaters have made their own history since opening in the late 50s with over 2,000 productions passing through their proscenium arches and season programming packed to the rafters with exciting new shows. Featuring a host of Tony Award Broadway blockbusters, their latest 2019/20 season comes to a rousing close with Christopher Wheeldon's 2015 adaptation of the classic 1951 feature film An American In Paris.

A rhapsodic collision of music and dance, renowned English choreographer Wheeldon drew much critical acclaim and won four Tony Awards for his marriage of George and Ira Gershwin's infectious melodies, riotous color and breathtaking dance routines. A distinctly modern romance chronicling the blossoming post-war love, friendship and art taking place in Paris as it emerges from the trauma of World War II, at the story's center lies American vet Jerry, an aspiring painter, who falls for a captivating young ballet dancer Lise. The course of true love never did run smooth however, and a looming love triangle threatens to tear them apart.

Seen An American In Paris? Loved it? Hated it?

Sound good to you? Share this page on social media and let your friends know about An American In Paris at Drury Lane Theatre Oakbrook Terrace.