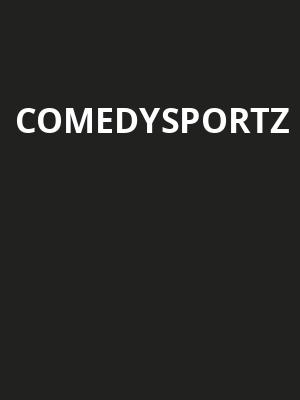 Comedy as a sporting, competitive event? Chicago's long-running comedy improvised comedy show "ComedySportz", offers a unique blend of fast and funny entertainment that is suitable for the whole family to enjoy. Two teams play short-form improv games in front of a referee who scores the team using an "applause-o-meter" with you, the audience voting for the team that makes you laugh the hardest.

The eternal battle of Blue team versus Red team is completely improvised SIX times every weekend so you can rest assured that the show is never the same twice! What sets ComedySportz apart from other comedy evenings is the clean entertainment, no vulgarity and very rarely bad language (it is all made up on the spot after all) that is penalised by the infamous "Brown Bag Foul!", making it more than suitable for guests of all ages!

ComedySportz has garnered rave reviews from both local and national media outlets such as NBC who said, "If you haven't seen it...YOU should." USA Todaycalls it "Innovative and hilarious!" whilst Sports Illustrated describes it as"...an increasingly artful and popular form of stage entertainment."

Appropriate for all ages, but we do advise parental discretion and supervision!

Seen Comedysportz? Loved it? Hated it?