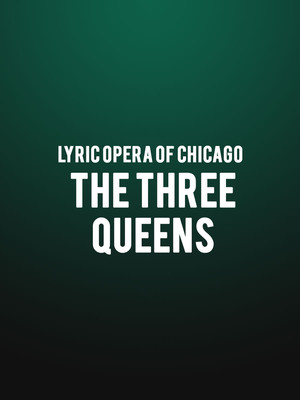 Flawless...she seizes upon these works as powerful and personal music dramas.

Why See Lyric Opera of Chicago - The Three Queens?

Singing the finales of all three of Donizetti's Three Queens Tudor trilogy in one single program is no mean feat, but American-Canadian soprano Sondra Radvanosky, a specialist in 19th-century Italian Opera is more than up to the task. Having embodied all three queens Anna Bolena, Maria Stuarda and Queen Elizabeth I (subject of the Roberto Devereux opera) in a single season, Radvanosky brings her pristine and charismatic interpretations of the royal women to a semi-staged concert at the Chicago's Lyric Opera in December of 2019.

One of the most sought after opera artists of her generation and a champion of the Bel Canto format, Radvanovksy is universally praised for her powerhouse vocal technique and theatrical spirit, which has gone a long way in securing her prima donna status. The tour de force performer brought vocal fireworks to the Met's Three Queen triathlon, masterfully pulling off its acrobatic melodies and soaring heights to standing ovations night after night.

Peggy: “Ms Radvanovsky at the top of her game. ”

Sound good to you? Share this page on social media and let your friends know about Lyric Opera of Chicago - The Three Queens at Civic Opera House.