Sorry! You missed Lyric Opera of Chicago - The Queen of Spades at Civic Opera House 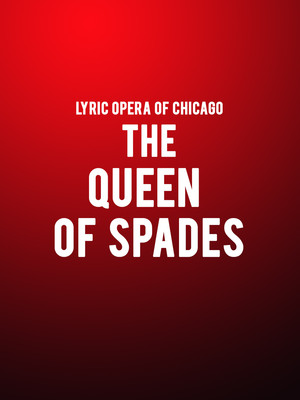 Lyric Opera of Chicago - The Queen of Spades

Life is but a game

Why See Lyric Opera of Chicago - The Queen of Spades?

One man's obsession with learning the secret to winning at cards is the disastrous tale of terror in Modest and Pytor Tchaikovsky's brooding opera, which comes to town in this new to Chicago production as part of the Lyric Opera's 2019/20 season. Directed by Ben Davis, we follow Gherman, a desperate soldier whose mission to rise above his station via the gaming tables proves to be his chaotic undoing. Bursting with Russian romanticism, The Queen of Spades is an intense and sweeping work that asks how high would you bet on the price of success.

Starring Brandon Jovanovich as Gherman, Sondra Radvanovsky as his devastated lover Lisa and Jane Henschel in her Lyric Opera debut as the Countess, the titular Queen of Spades, who Gherman hopes will share the secrets of the cards.

Anonymous: “It might be good to remember eternal wisdom expressed in Luke 5:39 that says: "No one wants new wine after drinking old wine. They say, 'The old wine is better.'"”

I wrote a review of Lyric Opera's The Queen of Spades - you are welcome... more

Yesterday night I saw the premier of the opera " Queen of Spade". It was... more

Sound good to you? Share this page on social media and let your friends know about Lyric Opera of Chicago - The Queen of Spades at Civic Opera House.