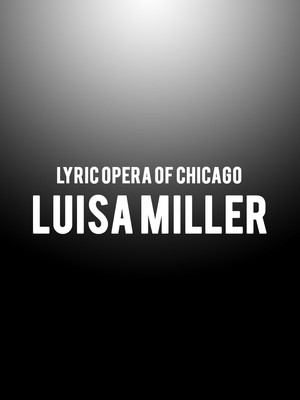 Verdi's heroine is fragile, her lover is complicated, and her father is worried. The story is at once domestic and political and the characters are compelling in their humanity.

Set in The Tyrol, a historic region in the Alps in the 17th century, the twisting and turning tale follows Luisa, daughter of retired soldier Miller and her lover Carlo. Miller disapproves of Carlo, a man he perceives to be a stranger, but upholds his daughter may marry any man she chooses. He tells the courtier Wurm as much, but vying for Luisa's hand, he reveals Carlo's true identity to be that of Rodolfo, son of Count Walter, a cataclysmic play that ends in tragedy.

Sound good to you? Share this page on social media and let your friends know about Lyric Opera of Chicago - Luisa Miller at Civic Opera House.