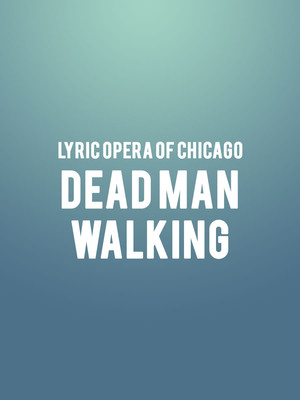 Based on the real life murder of a young couple by Emlo Patrick Sonnier and the subsequent feature film starring Susan Sarandon and Sean Penn, Dead Man Walking follows Helen Prejean, a Roman Catholic sister who becomes the spiritual advisor to murderer and death row inmate Joseph De Rocher. Though his deeds are truly terrible, the empathetic Prejean questions the very nature of human connection and the way we treat each other when she meets both his family and the families of those he killed.

Sound good to you? Share this page on social media and let your friends know about Lyric Opera of Chicago - Dead Man Walking at Civic Opera House.