Alan Doyle is also touring to: 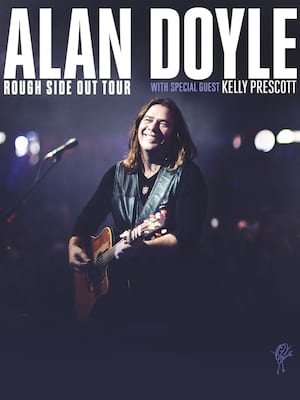 The prolific Canadian singer-songwriter heads out on tour!

rough side out tour

In celebration of his latest record "Rough Side Out", Alan Doyle embarks on a brand new Canadian tour. Starting out as the lead singer of the iconic Canadian heavyweight Great Big Sea, this the fourth album that Doyle has released as a solo act and is chockablock with country-tinged and radio-ready hits that Doyle is known for.

As part of Great Big Sea Doyle racked up an impressive nine albums with two DVD specials which all gained Gold or Platinum status and have sold an impressive 1.2 million copies in Canada alone. Doyle's solo success has continued to cement his career as one of the most prolific storytellers and musicians in the country, with 12 Juno Award nominations and an Order of Canada to his name!

Another awesome show from Alan and The Beautiful Band. This guy leaves... more

You won't have more fun at a concert than seeing Alan Doyle. His new... more

Sound good to you? Share this page on social media and let your friends know about Alan Doyle at City Winery.