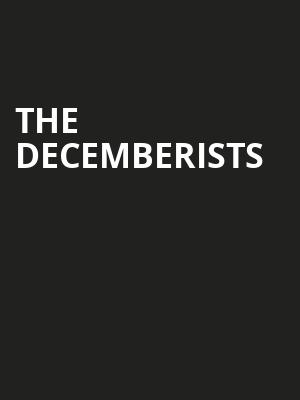 A sweet explosion to singe your sweater vest.

Why See The Decemberists?

A long-awaited return to touring for the Portland folk rockers! Portland's Decemberists are indie-folk's greatest ambassadors of unique songs, infused with history and fables backed by lush and inviting melodies. Since forming in 2001, they have become a mainstay on the scene, continually releasing their wonderfully whimsical records and putting on unforgettable live shows.

Their 2015 record "What a Terrible World, What a Beautiful World" led to their hometown of Portland declaring January 20th 'Decemberists Day'! Now they're FINALLY heading out on tour after their 2020 '20th Anniversary' tour had to be scrapped. Even though it's now two years late, you can celebrate the two-decade reign of this awesome band as they tour America in summer 2022!

Seen The Decemberists? Loved it? Hated it?

Sound good to you? Share this page on social media and let your friends know about The Decemberists at The Chicago Theatre.