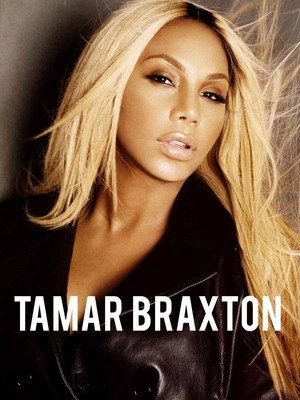 Love and War is beautifully crazy-exactly what we've come to know and love from Tamar Braxton.

Tamar Braxton is a tour de force, finding fame along with older sister Toni as part of The Braxtons in 1992, the journey to going solo has been a long one, but arrived just in time to showcase the actress, reality TV star and successful businesswoman's exceptional singing and songwriter skills.

Speaking about the personal Love and War she says: "It's sassy, opinionated, insightful, smart and high energy. It's everything that defines me as an individual. It's finally time for me to be me." And Tamar's long held-dream is coming true, with the recognition she craved coming in the form of a Grammy nomination and now the chance to tour across the nation.

Sound good to you? Share this page on social media and let your friends know about Tamar Braxton at The Chicago Theatre.