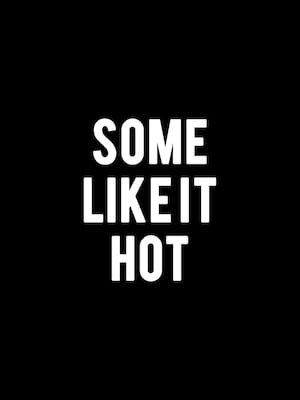 Some Like It Hot is effortlessly fluent, joyous and buoyant: a high-concept comedy that stays as high as a kite

Don't let the flame go out, some like it hot

The classic black and white romantic comedy  Some Like It Hot bursts onto the stage in full technicolor during a brand new imagining of Billy Wilder's 1959 musical mobster classic. Widely considered one of the most influential and celebrated filmmakers of the Golden Era of Hollywood cinema, Wilder brought together silver screen legends Marilyn Monroe, Tony Curtis and Jack Lemmon for bonafide box office success, creating one of the most beloved films of the MGM canon in the process.

Transferring the cherished madcap caper to the stage will be no mean feat, but thanks to Marc Shaiman and Scott Wittman  (the writing, composing and directing duo behind Tony-winning musical Hairspray), playwright Matthew Lopez (The Inheritance), choreographer Casey Nicholaw (Dream Girls, The Book Of Mormon, Aladdin) and the Shubert Organization, Some Like It Hot is in eminently capable hands.

An American a farce as it gets, Some Like It Hot begins with a Mafia murder witnessed by smooth operating saxophone player Joe and his room and band mate Jerry. Masters of improvisation in jazz and in their everyday lives, they find a way to escape Chicago before being sent to sleep with the fishes. Disguising themselves as women, they join an all-female jazz ensemble and hop on a train to Florida. Later, Joe dons the persona of a wealthy businessman to win over the outfit's feisty frontwoman Sugar and Jerry finds himself being pursued by a real millionaire whilst the mobsters close in...

Seen Some Like It Hot? Loved it? Hated it?

Sound good to you? Share this page on social media and let your friends know about Some Like It Hot at Cadillac Palace Theater.