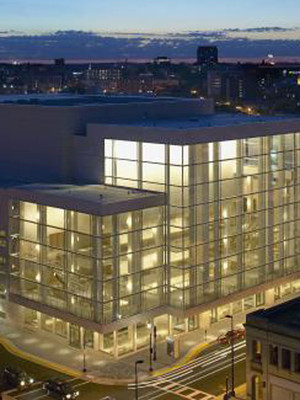 You can catch Jesus Christ Superstar at Overture Hall in Madison, showing Feb 21 - 26, 2023

touring version rises to the challenge by getting back to the concept album's roots, as concert rather than stage play.

Who are you? What have you sacrificed?

Fresh off a hit run in London, this Olivier Award-winning new production of Andrew Lloyd Webber and Tim Rice's groundbreaking musical astounds on tour. Lacing together biblical drama with a propulsive rock and funk score, director Timothy Sheader reinvents the story for the modern age, paring back the more overblown aspects of the original for a truly rocking show.

Originally starting life in 1970 as a concept album, the show was ALW's first to debut on Broadway ahead of London in 1971. Featuring the well-known hits "Superstar" and "I Don't Know How to Love Him," Superstar is a tremendously powerful musical that retains a large fan base the world over.

What is Jesus Christ Superstar About?

A bombastic rock opera based on the Gospels, Jesus Christ Superstar portrays the last week of Jesus' life, heavily focusing on his relationship with Judas Iscariot. Imbued with modern sensibilities and contemporary political and social themes, this show is about a very human Jesus Christ, one who must reckon with his impending death.

Get your tickets NOW - 'cuz once the word gets out, you won't find any... more

I was in fifth grade when I got the album from the Columbia Record Club.... more

Sound good to you? Share this page on social media and let your friends know about Jesus Christ Superstar at Cadillac Palace Theater.