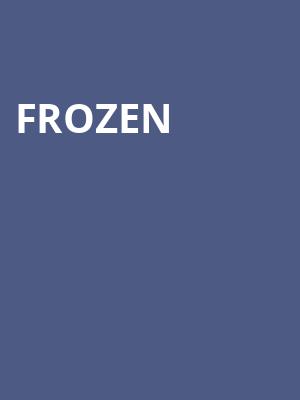 The Broadway blockbuster makes its way to Chicago this Christmas!

Prepare to Let It Go, Chicago!

The Disney's smash-hit of the last decade arrives in a flurry of excitement in this live stage adaptation! A hit on Broadway and on its first national tour, Frozen - The Musical will premiere in the Windy City for a limited engagement this Christmas. Full of the magic and music that made us fall in love with the original animated movie, expect to be wowed once more as this theatrical spectacular brings the story of Anna and Elsa to breathtaking life with soaring songs and stagecraft!

THE STORY OF TWO SISTERS

If you're not already familiar with the story, where have you been?! Loosely based on Hans Christian Anderson's fairytale The Snow Queen, the story takes place in the Scandinavian surrounds of Arendelle, where two royal sisters, Elsa and Anna must grow up alone after losing their parents in a tragic sea accident.

Elsa, the elder of the two must also contend with a secret - she has the power to create ice and snow with her bare hands, which she must keep secret, even from her sister, who nearly died whilst playing together as little girls. Anna, by contrast, is a sunny, albeit naive young lady who yearns for the outside world, having been isolated from Elsa since the accident.

When Elsa comes of age, she must take the throne as Queen, and the kingdom is reopened for her coronation - just for one day. Anna meets a handsome and charming Prince called Hans, who she instantly wishes to marry, much to Elsa's consternation. When the argument inadvertently reveals Elsa's powers, she flees to the wild North Mountain to live out a life of solitude and freedom. But Anna must find her sister and bring her back (with the help of an ice-seller, his reindeer and a talking snowman), otherwise, the fate of Arendelle will be frozen forever, and left to the mercy of a cruel power.

THE MUSIC THAT YOU LOVE

With the original songs from the movie including "Do You Want To Make A Snowman?", "In Summer", "The First Time In Forever" and of course the iconic "Let It Go" alongside new ones penned just for the musical, we can safely say that Frozen fans will not be disappointed.

Suitable for all ages and great for families to enjoy together

Two hours long with one intermission

Images used are from the Broadway production of Frozen The Musical and do not necessarily reflect casting for this engagement.

Sound good to you? Share this page on social media and let your friends know about Frozen at Cadillac Palace Theater.