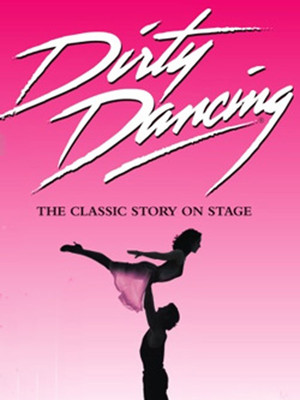 If you're going to adapt a classic to the theater, you've got to deliver - and they did!

You'll Have the Time of Your Life!

The 1987 movie is an untouchable musical classic, and has sealed Patrick Swayze's place in the cult movie canon. A massive box office success at the time, it has spawned numerous imitators, a sequel and "nobody puts Baby in the corner" branded merchandise for toddlers. The stage version made its debut in 2004 in Australia, before opening to millions of pounds worth of advance sales in London's West End in 2011. Yes, the power of the Swayze was still strong.

Adapted by the movie's original scribe Eleanor Bergstein, this North American touring production hews closely to the plot of the film, packing in all its anthemic songs ('I Had the Time of My Life', 'Hungry Eyes') and cheesy one-liners with aplomb. It delivers everything the audiences can hope for - lots of sexy dancing and rock 'n' roll. Taking on the unenviable task of replicating Swayze's charm (and hunky good looks) on this tour is Aaron Patrick Craven with Kaleigh Courts as Baby.

What is Dirty Dancing About?

17 year old Frances 'Baby' Houseman is on holiday with her family in the Catskill Mountains in the summer of 1963, and bored out of her mind. That is until she encounters charismatic Johnny Castle, who teaches dance at the resort. When Johnny takes her back to the staff's after-hours secret party, she discovers a vibrant underworld of 'dirty dancing'. This rock 'n' roll music is totally at odds with the kind of music that Baby has so far experienced and certainly wouldn't meet with approval from her conservative parents. It's exciting and fresh, and she begins to fall for Johnny.

When Johnny's regular dance partner Penny has to pull out of the annual Sheldrake Dance competition, Baby steps in to help. The two embark on an intense period of practise to master the routine, during which the romance between the pair blossoms. However, it seems their relationship is not to be as Baby's father discovers their love affair and orders an immediate end to it. But Baby and Johnny must find a way...

While a remake of the original 1987 movie is still lingering in development hell, there was a belated sequel - Dirty Dancing: Havana Nights. It was a critical and commercial flop but did contain a cameo from Patrick Swayze, for which he was paid a whopping $5 million!

This has got to be one of the top plays I've seen in a long time. Left... more

Wonderful. Christopher Tierney can both dance and act. All cast members... more

Sound good to you? Share this page on social media and let your friends know about Dirty Dancing at Cadillac Palace Theater.