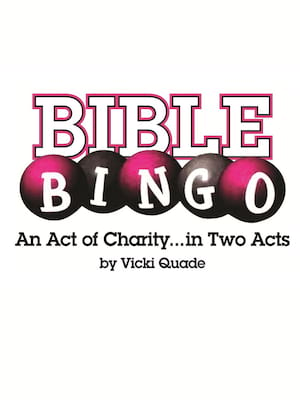 A comedy about the Catholic culture of fundraising and bingo

Created by playwright Vicki Quade, Bible Bingo is a wacky comedy centered on the prominence of bingo amongst Catholics. The show was first performed in 2013 and ran for four weeks receiving fantastic reviews. It returns this year and follows former nun, Mrs. Mary Margaret O'Brien who leads a night bible trivia, fun audience interaction and a quiz session.

Audiences will be invited to get a taste of Catholic humor while partaking in an interactive bingo show where they get to showcase their best bingo skills.

Sound good to you? Share this page on social media and let your friends know about Bible Bingo at Royal George Cabaret Theater.