Sorry! You missed The Pineapple Thief at Bottom Lounge 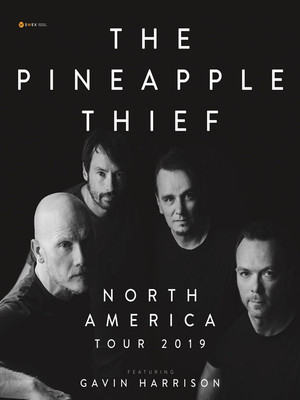 People have been clamouring for us to bring our show to North America since I can remember. We've completed 4 tours of Europe with this lineup with Gavin. And now we are finally able to bring it over the pond. I for one cannot wait!

Why See The Pineapple Thief?

UK progressive rock band The Pineapple Thief are preparing to embark on their highly anticipated North American tour. The band, whose most recent line up consists of Bruce Soord, Jon Sykes, Steve Kitch and Gavin Harrison formed in England in 1999. They have since seen multiple line up changes and released twelve studio albums, with their latest 'Dissolution' being brought out last year.

Dissolution was described as being a "contemporary and song oriented yet dynamic and progressive" album by Sputnik Music that "is the perfect album to listen to on a cold and cloudy autumn afternoon with signs of a fading monsoon still hanging overhead."

Pop Matters characterized the album as having a "heightened emphasis on subtlety, diversity, and unconventionality" and being "a strong snapshot of how powerful and daring the band can still be."

Seen The Pineapple Thief? Loved it? Hated it?

Sound good to you? Share this page on social media and let your friends know about The Pineapple Thief at Bottom Lounge.