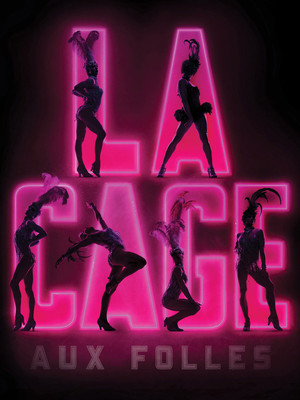 Flamboyantly fun 'La Cage aux Folles' is anything but a drag

La Cage Aux Folles is on tour and hits the Bank of America Theater in Chicago, IL, Closed January 1, 2012

The acclaimed new Tony Award-winning production of LA CAGE AUX FOLLES that enchanted Broadway audiences is now taking the rest of America by glittery storm! Don't miss this celebrated musical smash when it comes to your city, starring the one and only Goerge Hamilton!

Georges is the suave owner of a glitzy drag club on the French Riviera. Partnered romantically with his high-strung star performer, Albin (who goes by the stage name Zaza), the pair live a charmed life until Georges' son, Jean-Michel, turns up engaged to the daughter of a conservative right-wing politician who's coming to dinner.

With a glorious score of hummable melodies and a dynamite cast featuring the "notorious and dangerous Cagelles," LA CAGE is an indisputable musical comedy classic... and this extraordinary new version shows you why!

2 hours and 40 minutes with one intermission

There was a revival presented by the British company at The Menier Chocolate... more

Who was the person that did the dialog before the play? That person was... more

Sound good to you? Share this page on social media and let your friends know about La Cage Aux Folles at Bank of America Theater.