Sorry! You missed Amazing Grace at Bank of America Theater 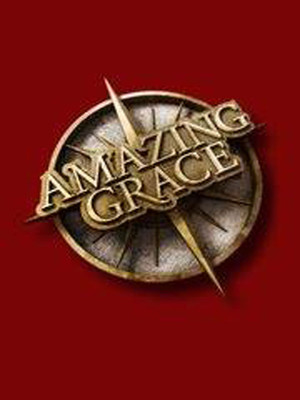 Come watch two young actors become stars, and hear exciting music that carves its own niche even while it's reminiscent of Schonberg, Wildhorn or Flaherty. Witness some stunning action sequences and some eye-popping visuals. And see how one man's search f

How Sweet the Sound

You'll be hard pressed to find anyone who doesn't know Amazing Grace, but few could tell you who wrote it, let alone the incredible experiences that led to its composition. Its author was an Englishman man named John Newton, and his story forms the basis of brand new musical Amazing Grace, which premieres at the Bank of America Theatre this October before heading for the bright lights of Broadway.

Taking the lead role of John Newton will be Tony nominee Josh Young, known for his roles in the touring productions of Evita and Jesus Christ, Superstar. Among the large, ethnically diverse cast joining Young on stage will be fellow Tony nominee Tom Hewitt and Tony winner Chuck Cooper. With music and lyrics by Christopher Smith and a book by Smith and Arthur Giron, the choreography comes courtesy of Tony Award winner Christopher Gattelli (Newsies). The director is Gabriel Barre (The Wild Party).

What is Amazing Grace About?

Amazing Grace tells the story of John Newton, the former slave trader who, following his conversion to Christianity, became an abolitionist, Anglican cleric and hymn writer. The musical focuses on Newton's conversion and subsequent dedication to ending slavery, a journey of self discovery which would inspire him to pen one of the greatest songs of that age, or any other.

Suitable for ages 10 and above

Sound good to you? Share this page on social media and let your friends know about Amazing Grace at Bank of America Theater.