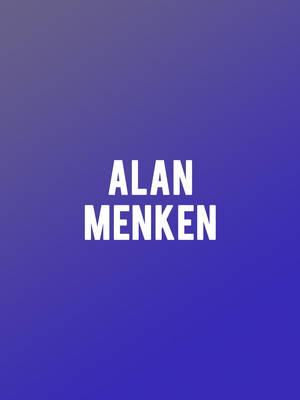 If you've ever spent an afternoon with "Under the Sea" or "A Whole New World" or "Be Our Guest" stuck in your head, you can thank composer Alan Menken.

If you ever stopped to think about your favourite musicals from the last five decades, chances are Alan Menken had a hand in their creation. Whilst he may not have trod the boards himself, his sweeping musical legacy has shaped contemporary musical theater and film, marking him as a pop culture phenomenon in his own right. The composer behind the world's best loved scores and most hummable tunes now shares his extraordinary life story in a stunning one-man show, performing songs from his Disney film and stage adaptations amidst insightful tidbits about his ever flourishing career.

One of the most prolific Academy Award winners in history with a total of eight Oscars under his belt, Menken has also won 11 Grammys and a Tony for his work in animated films The Little Mermaid, Aladdin, Newsies and the Hunchback of Notre Dame amongst other Disney classics, as well as the original score of cult hit Little Shop Of Horrors.

Sound good to you? Share this page on social media and let your friends know about Alan Menken at Auditorium Theatre.