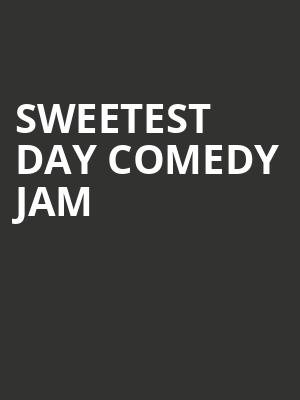 The material Crawford covers isn't necessarily un-treaded territory like the black vs white experience, presidents, and Jesus. But where he excels is in his completely unique delivery.

a night of pure laughter

Audiences will be in for plenty of laughs at the Sweetest Day Comedy Jam this October. Previous events have boasted a hilarious line up including Lavell Crawford, Corey Holcomb, Nephew Tommy, Kountry Wayne, DC Young Fly and Tony Roberts - but this years line-up is yet to be announced. For two nights at Chicago's Arie Crown Theater, expect the upcoming comedians to talk about everything from politics to relationships, prepare for some giggles.

Whether you're an experienced comedy fanatic or someone wanting to dive into the scene, this event is the perfect way to be introduced to all things comedy - with an array of personalities, you're guaranteed one hilarious night.

Sound good to you? Share this page on social media and let your friends know about Sweetest Day Comedy Jam at Arie Crown Theater.