Sorry! You missed Festival of Laughs at Arie Crown Theater

You can catch Festival of Laughs at Indiana Farmers Coliseum in Indianapolis, showing Apr 4, 2021

Festival of Laughs is also touring to: 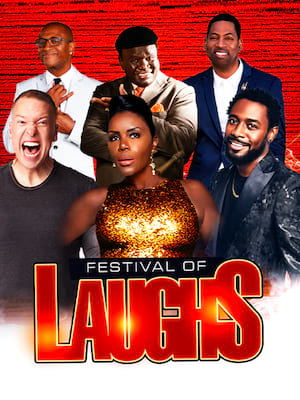 Get ready to laugh away the winter blues!

Why See Festival of Laughs?

Back for yet another year of big belly laughs, The Festival Of Laughs is pulling into a city near you for their annual winter tour. Four of the comedy world's biggest names are joining forces for this special stand up series - don't miss sassy headliner Sommore, Mark Curry, and many more famous faces of comedy! The line-up may vary between cities, so contact your venue directly for the final line-up.

When America's reigning comedy queen, Lora Ann Rambough AKA Sommore, isn't setting trends and make guest appearances on TV, she's ruling the stage with her considerable stage presence and frank observations. The diva offers audiences a bold, no-holds-barred take on things from a woman's perspective, fearlessly paving the way for feminism in comedy.

Sound good to you? Share this page on social media and let your friends know about Festival of Laughs at Arie Crown Theater.