Sorry! You missed Blackpink at All State Arena 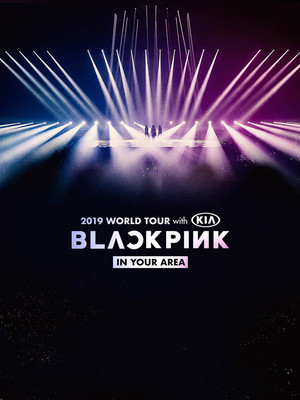 First Ever US Tour

Calling all BLINKS! Get ready for the summer of Blackpink! The record-breaking four piece K-Pop girl group have already built up a huge following around the world and are now taking their slick rap-pop hooks on the road on their first ever US tour.

Formed in 2016, the quartet, made up of Jennie, Jisoo, Lisa, and Rose, has had a stratospheric rise to fame. In the last two years, they've clocked up an arsenal of bangers that fuse rap, electro, pop, house and more, including the insanely catchy 'Whistle' and smash hit 'DDU-DU DDU DU',  (which currently sits at over 675,000,000 views on YouTube!) Combined with stunning choreography and a bright yet edgy aesthetic, this multi-talented band of idols is on course to become the next crossover superstars in the likes of BTS.

So get ready for your next K-Pop obsession when the girls hit stateside on the Blackpink (In Your Area) world tour!

Seen Blackpink? Loved it? Hated it?

Sound good to you? Share this page on social media and let your friends know about Blackpink at All State Arena.